Roman chamomile is a small perennial plant that covers the ground has a rich story throughout history. To the Egyptian god Ra, it was a symbol of omnipotence. To the Saxons, it was classified as one of the nine sacred herbs. During the Middle Ages in Europe it was used in strewing; scattered around or spread over an area as perfume.

Roman chamomile is a member of the Asteraceae or Compositae family; in other words, it is a part of the daisy family. There are less than ten species of chamomile with German and Roman chamomile being the most popular and used for their health benefits.

The word chamomile comes from the Greek word chamomile which means ground apple because the herb grows close to the ground and smells like apple blossoms. Roman chamomile’s proper botanical name is Chamaemeleum mobile.

Roman chamomile is a perennial herb which means it lasts more than two years without having to replant at the beginning of each growing season; it continuous grows each ever increasing season, always reoccurring.

The plant itself is low growing, covering the ground, creeping along and spreading out as it grows. It has fibrous roots with stems that grow individually from the roots. The stems are hairy and covered with small feather-like leaves. The plant itself can grow to heights of up to 10 inches or 25 centimeters with small daisy-like flowers sprouting from the tops of the stems.

The flower itself is typically a small white flower with a yellow center, looks very similar to that of a daisy only slightly smaller in size and shape. The flowers can reach up to an inch or 2.5 centimeters in diameter.

The scent of Roman chamomile is delightful, having a scent like that of apple blossoms and sweet straw. It is the sweetest smelling of the chamomile family.

Roman chamomile goes by a couple of different names; English chamomile, true chamomile and common chamomile. This noble chamomile has been used for centuries because of its many healing properties.

Roman chamomiles rich history dates back to ancient Egyptian times. It is said that the god Ra used it as a symbol of his almighty power, while the Egyptian people offered it to the gods because of its healing properties in hopes it would cure acute fevers known at that time as Ague.

It was used by the Romans in a few different ways. They used it for medicinal purposes as well as in drinks and incense because of its aromatic and pleasant aroma.

During the 9th and 10th century the Saxons believed that there were 9 sacred herbs that could protect a person from disease and poison. They created a charm and a poem with instructions on how to use the herbs if poisoned or to heal infections. Roman chamomile was one of the 9 sacred herbs.

During the Middle Ages, Roman chamomile was used in strewing to help create a fragrant environment especially when people were gathering for celebrations. When walking upon the flowers, they would emit an intense yet pleasant fragrance that helped to set the friendly tone of the event.

It was also used during the Middle Ages in beer making due to its bitter taste, though it was later replaced over time by hops.

Roman chamomile is used today as a top essential oil due to its healing properties as well it is used in many food dishes and drinks.

Though Roman chamomile is now grown around the world it was originally native to southern and western Europe; where it is still mostly cultivated from and used in the production of essential oils. Roman chamomile is one of the most beneficial and diverse essential oils when it comes to your health. It can be used in many ways to deliver its health benefits to you that you desire. It can be taken orally, through inhalation or diffusing or topically. The possibilities of use are endless.

Roman chamomile is a powerful sedative and is commonly used for its calming and relaxing properties. It helps to soothe the body and mind while relaxing a person from within.

It also has potent anti-inflammatory properties which make it a significant muscle and pain relaxer and healer.

It has also been known to bring relief to people during allergy season by helping to reduce inflammation in the sinuses and helping soothing them as well.

Roman chamomile is excellent for helping to calm those consumed by stress helping to ease the nerves bringing calm and stability back to a person.

Roman chamomile has many health benefits that make it an excellent essential oil to always have on hand. It’s no wonder the Saxon’s considered it one of the 9 sacred herbs. Add the two fuel oils to a diffuser and diffuse throughout the home, especially at bedtime, to help reduce stress, depression, and anxiety while helping to induce a more restful sleep. You can also add the oil to an inhaler for on-the-go aide.

Here are some other options to try with using Roman chamomile essential oil:

Side Effects and Cautions When Using Roman Chamomile Essential Oil When it comes to using any essential oil be sure to do your research before use. You not only want to ensure you are purchasing from a reputable manufacturer and company but you also want to make sure of possible side effects or cautions when it comes to using the oil.

When it comes to Roman chamomile, there are no known toxic or irritants associated with the essential oil, so it is safe to use topically, though inhalation or diffused throughout the air. With this caution should always be used.

If you are going to be using Roman chamomile topically be sure to test the essential oil on a small area of skin prior to full application. If you have sensitive skin, you may want to dilute the oil before use.

Excessive use topically of Roman chamomile essential oil can lead to skin sensitization or over sensitivity to the skin caused by excessive or too much use of the essential oil on the affected area.

Caution should be used by those with already present seasonal allergies since Roman chamomile can induce the side effects of these allergies more. If you are allergic to ragweed or its relative’s caution should be exercised.

Caution should be used by those with hay fever, frequency hives or dermatitis as Roman chamomile can induce the symptoms of these ailments as well.

Women who are pregnant or trying to become pregnant should use caution when using Roman chamomile as it can be a mild uterine stimulant which can cause problems for your unborn child.

What to Look For When Purchasing Your Roman Chamomile Essential Oil Do your research on the company/manufacturer you are purchasing your oils from. Ensure that they harvest their crops at the right time and that they distill the essential oil property.

Always read the ingredients list of the essential oil bottle to ensure the content in the bottle is as pure as possible and is not substituted with another ingredient of lesser quality.

Note that each harvest and essential oil batch will be a bit different than previous or prior batches due to how the weather and environment affect the crop each growing season.

When it comes to making Roman chamomile essential oil harvesting the herb at the right time is very important. You need to make sure that the herb meets the predetermined parameters of quality that is required in order to make it.

Harvesting of the herb takes place usually in late June or July as long as the weather is suitable for harvesting. Sometimes weather can wreak havoc on the growing season as well as harvesting as rainy conditions are not ideal which can be common in the United Kingdom where Roman chamomile is commonly grown and harvested for its essential oils.

If the herb is not harvested at the precise moment that it contains the most prominent essential oils yield much of the crop could be lost or wasted.

It can take up to two weeks to harvest a full crop of Roman chamomile. Once collected it must be dried by the sun before steam distillation can take place.

When distilled the essential oil is pale blue; this is how you know that it is Roman chamomile and not another species of the chamomile family.

You can make Roman chamomile at home, but the steam distillation process is quite complicated and is a lengthy process. Not to mention ensuring you have the proper crop to harvest can be hard as well. Hopefully, this post has been helpful for you. If you have any questions, comments or recommendations of your own concerning chamomile, please let us know in the comment section below! 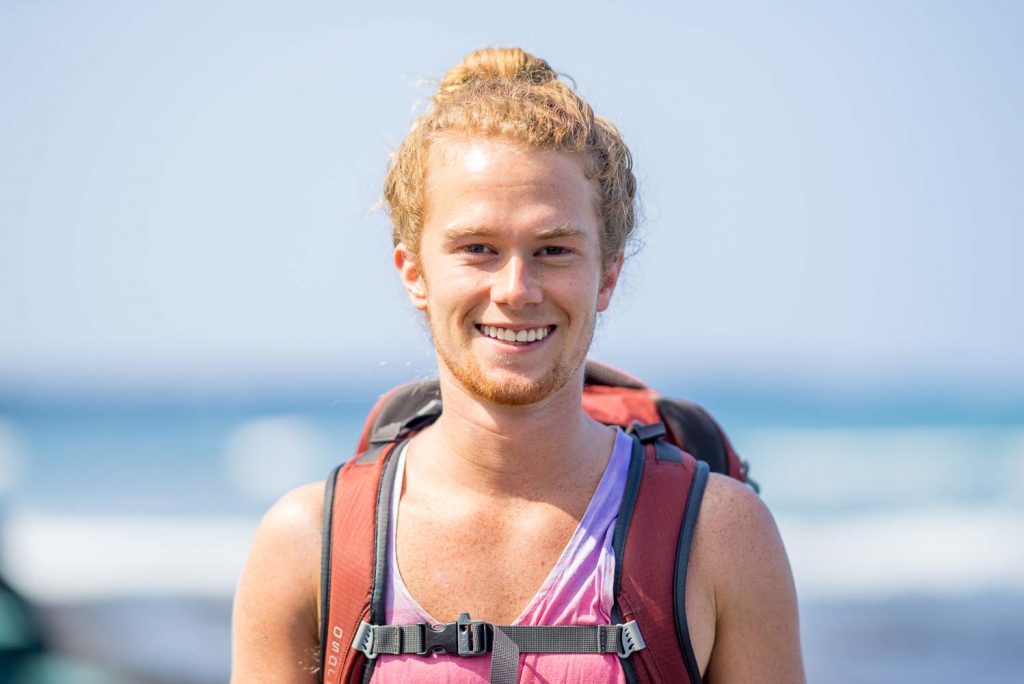 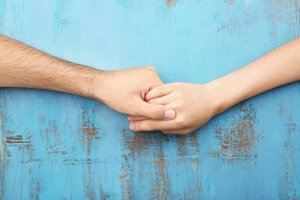 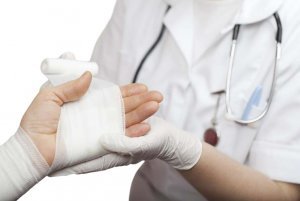 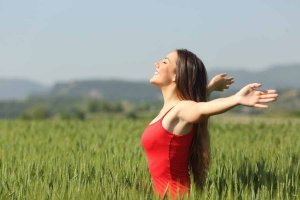 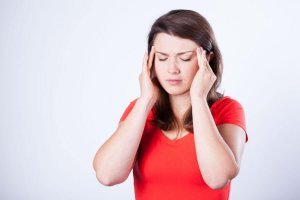 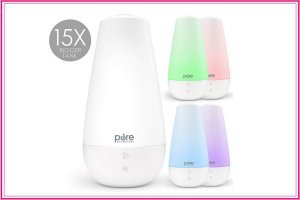 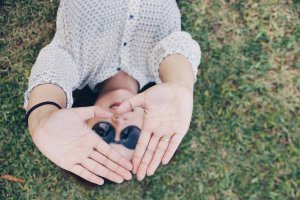 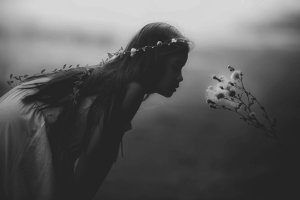 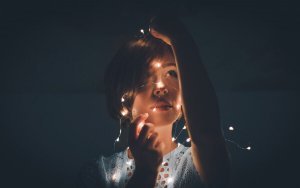 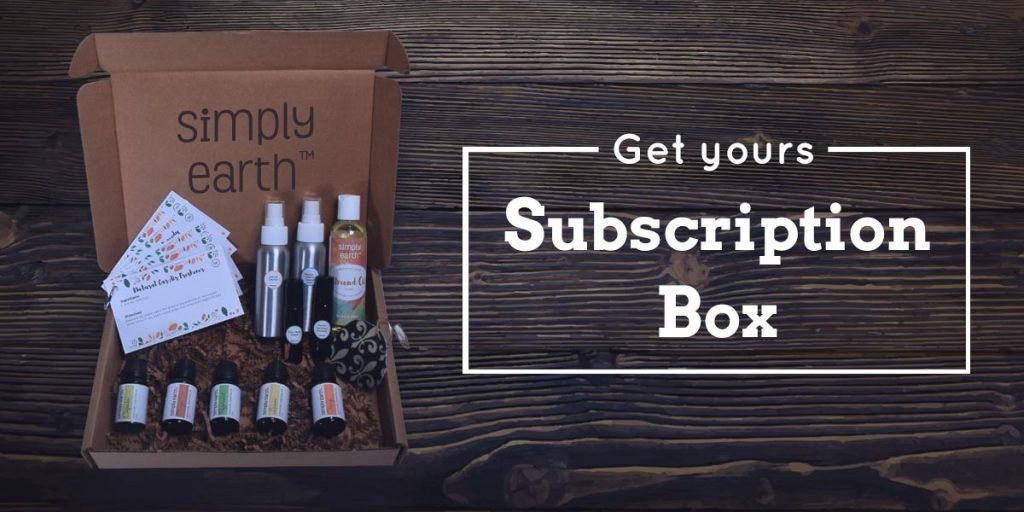